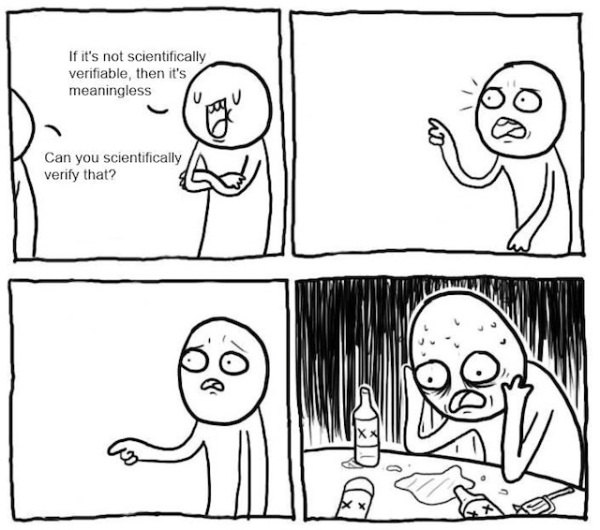 Just came across this, from this engrossing story called “Zoo Animals And Their Discontents“:

The philosopher Thomas Nagel, who wrote the seminal essay “What Is It Like to Be a Bat?” used a term for the tendency to deny the existence of phenomena that cannot be proved empirically. “Scientism,” he wrote in 1986, “puts one type of human understanding in charge of the universe and what can be said about it. At its most myopic, it assumes that everything there is must be understandable by the employment of scientific theories like those we have developed to date — physics and evolutionary biology are the current paradigms — as if the present age were not just another in the series.”

It is presented in the article as an argument against the tendency among animal scientists and animal keepers to go to extremes to avoid anthropomorphism. But scientism–the idea that if science hasn’t proved it yet it must not be true; ignoring the possibility that science may YET prove it–is a phenomenon that I see across many spheres, from animal intelligence to the connections between diet and health (for example in the gluten debate).

We should be open to anecdotal evidence, and what our instincts and experience tell us, about the world around us (pet owners, for a long time, knew more about the emotional lives of animals than researchers did). We may not KNOW the truth, or have proof, of why something is the way it is. But sometimes we might have a pretty good idea, good enough to act on, even if the science isn’t definitive one way or the other yet.