Abramoff was convicted for buying influence in Congress, but his playbook on how he operated tells you all you need to know about how corrupt our system is, and why Congress consistently puts special interests above the public interest.

One of his most effective tactics, Abramoff says, was to promise Congressional staffers high paying jobs:

The movement of congressional figures to lobbying is pervasive in Washington. The Internet site LegiStorm tracks those who move from the Hill to K Street, where many lobbying firms have offices, and says there have been 493 already this year.

Abramoff said he would often get access inside congressional offices by suggesting to key staffers that they come work for him when they were finished with their congressional careers.

“Assuming the staffer had any interest in leaving Capitol Hill for K Street — and almost 90 percent of them do — I would own him and, consequentially, the entire office,” Abramoff writes. “No rules had been broken, at least not yet. No one even knew what was happening, but suddenly, every move that staffer made, he made with his future at my firm in mind. His paycheck may have been signed by the Congress, but he was already working for me.”

The Congress to K St and back connection is one of the reasons Congress has become just one more way for people to get rich. And the reason lobbying shops can pay high salaries is that they can charge high fees to corporate clients for special legislative provisions that are worth billions. Stop the money that the lobbying shops spread around Congress, which buys those legislative give-aways, and you can make K St a lot less profitable, and limit the allure of K St. and the corrupting influence the promise of a job on K St. has for the thousands who are supposed to be representing your interests in Congress.

But how to do that? Water flows downhill, and money flows into Congress, one way or another, despite every effort to write rules to regulate or limit it. That’s why the only solution–if you want a Congress that isn’t corrupted by money–is to take this simple step: do not vote for any candidate who takes lobbying and PAC money, no matter how much you might agree with their views.

It’s a demand side solution, in contrast to the failed supply side solution of trying to craft laws and regulations which in the end always have loopholes or run into constitutional problems. And if enough voters draw this line, you might get some candidates who you believe in and who are not beholden to special interest money. What would that be like?

It might seem like a radical ask. But watch this 60 Minutes segment and then see how you feel about it. 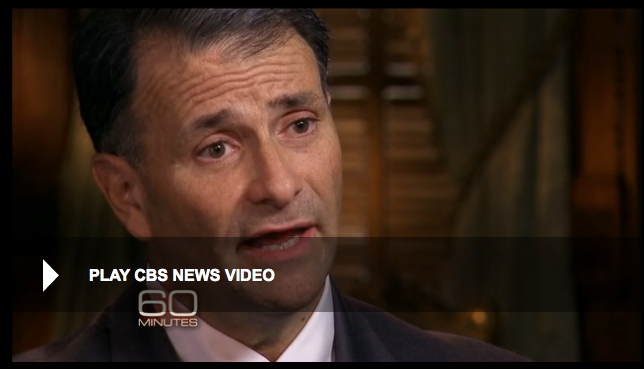