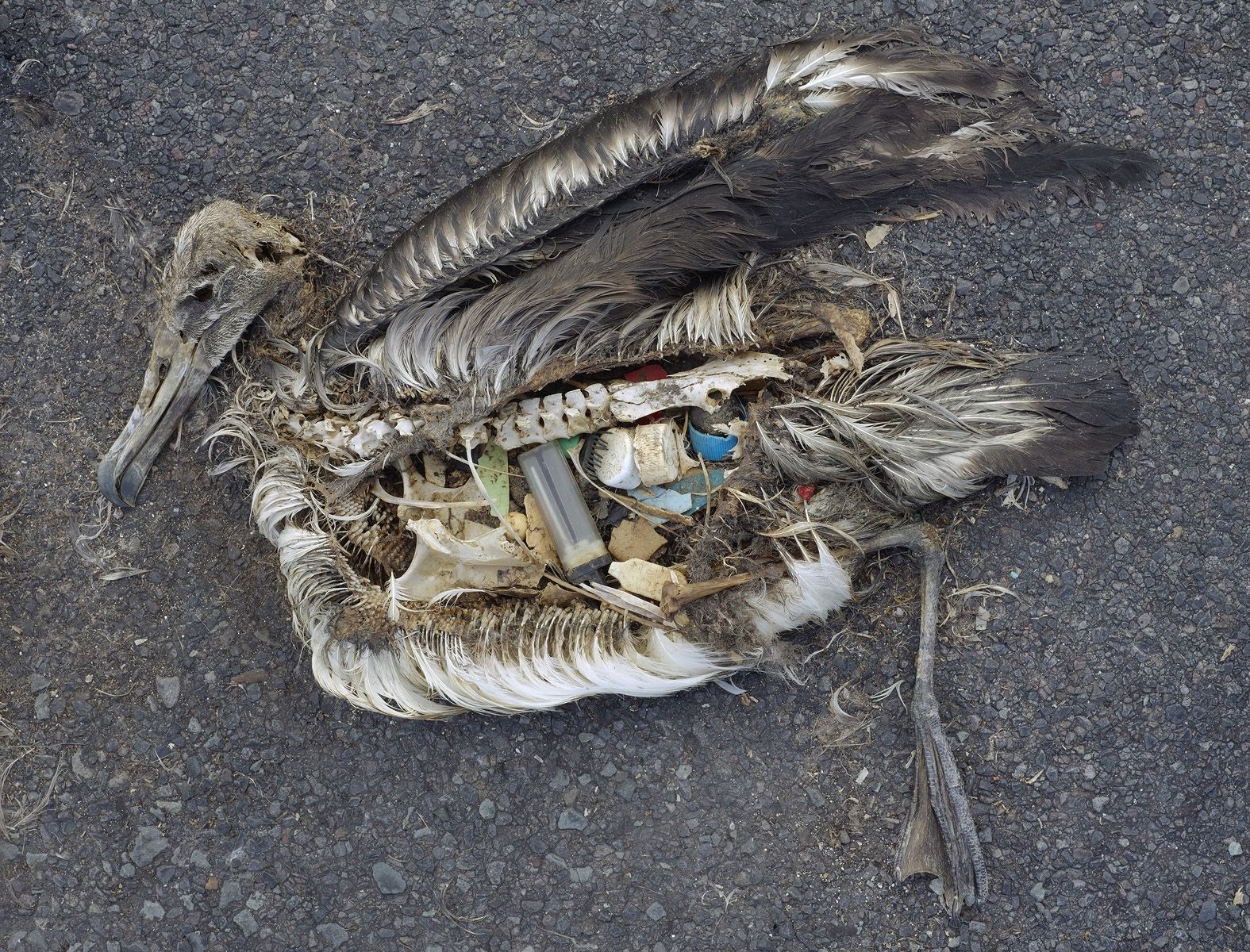 Algae are consumed by krill, a small crustacean that is the primary food source for many sea birds. As algae breaks down naturally in the ocean, they emit a stinky sulfur odor known as dimethyl sulfide (DMS). Sea birds in the hunt for krill have learned that the sulfur odor will lead them to their feeding grounds.

It turns out that floating plastic debris provides the perfect platform on which algae thrives. As the algae breaks down, emitting the DMS odor, sea birds, following their noses in search of krill, are led into an “olfactory trap,” according to a new study published November 9 in Science Advances. Instead of feeding on krill, they feed on plastic.

So humanity’s plastic debris is the perfect poison once it is in the ocean. Recycle, recycle, recycle. or don’t buy it in the first place (the ideal solution but I have tried avoiding plastic and it is NOT easy).

This is from Chris Jordan’s powerful campaign (which also produced the picture above) to help protect albatrosses from plastic debris: