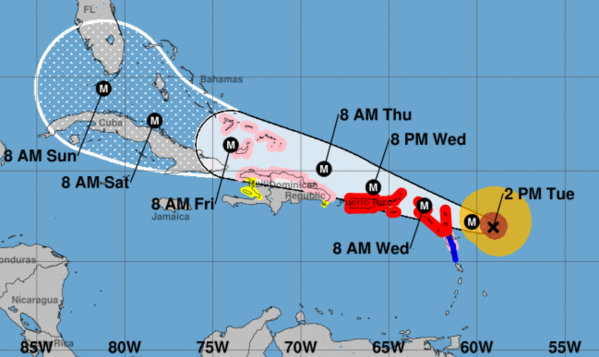 This image of Hurricane Irma’s projected track from the National Hurricane Center puts a bullseye on the Florida Keys. It may change course, but it is making me wonder what the various dolphin facilities in the Keys that keep dolphins in lagoons will do to protect their dolphins (Dolphin Research Center and Dolphin Connection, Theater Of The Sea, and Dolphins Plus).

The Florida Keys are now under an evacuation order. Leaving the dolphins in their net pens has risks (if the pens get torn up they can tangle up the dolphins and drown them). So does letting them out into open water, which is the preferred protocol, and the dolphins usually show up again looking to be fed. During Hurricane Andrew, DRC opened the gates. One dolphin, Anessa, chose never to return.

Of course, Miami Seaquarium, and Lolita, are also at risk. During Andrew a wall of water washed through the facility.