This photo is both very sad and very powerful, and tells you all you need to know about what we are doing to our oceans. Fittingly, it is a finalist in the Wildlife Photographer Of The Year competition, and that is a good thing because it is important that wildlife photography do more to show things as they are instead of romanticizing a pristine and unspoiled natural world that no longer exists.

Here is the explanation of the photo provided by the UK Natural History Museum:

Hopping from one floating object to another, seahorses often hitch rides on currents and grasp onto ocean debris with their delicate tails.

But the subject of photographer Justin Hofman’s lens swam into trouble when it let go of a piece of seagrass and seized a thin piece of clear plastic. As a brisk wind picked up at the surface of a reef near Indonesia’s Sumbawa Island, the small swimmer’s ride became a rough one.

In search of a more stable raft, the seahorse then landed upon a waterlogged cotton bud that washed in on the incoming tide.

Indonesia is known for having the broadest selection of marine biodiversity in the world. But the country is also second only to China in its contribution to marine plastic – fuelling the growing concern that unnatural ocean waste could outweigh fish by 2050.

Justin not only captured the seahorse and its unnatural vehicle, but also murky water filled with debris.

Indonesia has pledged that by 2025 it will reduce the amount of waste being discharged into the ocean by 70%.

You can get more of the backstory of the photo, and comments from Justin Hofman, here. And follow Justin’s Instagram here. 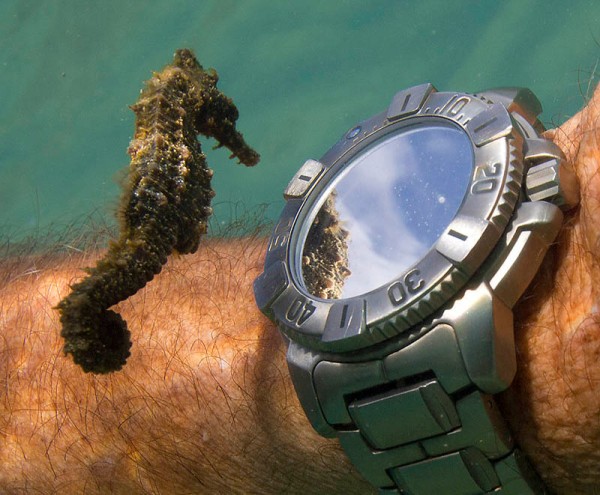